At the Brink
Loose Nukes: A Nuclear Success Story

Most Americans cheered when the Soviet Union broke apart into 15 independent countries in 1991, but a few had a sobering concern: the break-up created three new nuclear states overnight: Ukraine, Belarus and Kazakhstan. They had no resources or infrastructure to deal with their inherited nuclear weapons and fissile material, and security was woefully inadequate. Listen to the remarkable story of how a group of dedicated individuals conceived and implemented the Nunn-Lugar program, which removed over 4,000 so-called “loose nukes” from these former Soviet states, securing the remaining weapons in Russia.

Hear the full series of At the Brink wherever you listen to podcasts. Produced in partnership with the William J. Perry Project. 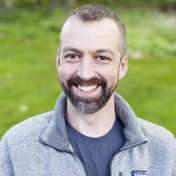